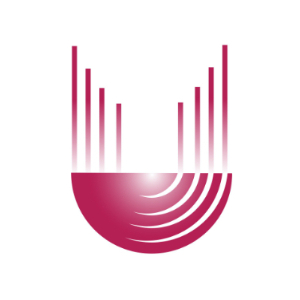 Dr. Gail Reede Jones of Arkansas Urology has been named the inaugural recipient of the Spirit of Independence Award by the Large Urology Group Practice Association (LUGPA), the only nonprofit urology trade association in the United States.

Dr. Jonathan Henderson, a physician colleague at Arkansas Urology and immediate past president of LUGPA, presented Dr. Jones with the award during the organization’s annual meeting on Nov. 11. Dr. Jones was celebrated in the meeting for her dedication and service to her patients and the practice of independent urology.

“Arkansas is blessed to have a physician like Dr. Jones, who is genuinely a pioneer and trendsetter,” said Arkansas Urology CEO E. Scot Davis. “We have known in the Natural State for quite some time that Dr. Jones is an incredible urologist and person. I’m glad she has now been recognized for her work in front of our colleagues across the nation. I am fortunate to work alongside such an innovator.”

Dr. Jones was the first female urologist in the state of Arkansas. After several years of private practice, she joined forces with other Little Rock urologists in 1996 to found Arkansas Urology, now the state’s largest and most innovative urology practice. Jones received her bachelor’s degree from Hunter College, City University of New York, her medical degree from Meharry Medical College, and she completed her urological surgery residency at the University of Pittsburgh School of Medicine. Jones is certified by the American Board of Urology and is a member of the American Medical Association, American Urological Association, Arkansas Medical Society, Arkansas Urologic Society, Arkansas Medical, Dental and Pharmaceutical Association, and Pulaski County Medical Society. She is on the Medical Board of the Arkansas Prostate Cancer Foundation. Dr. Jones is a general urologist who sees men for vasectomies and prostate, bladder and kidney disease. She also treats women for many urological conditions. She lives in Little Rock with her husband, Jesse Mason.

“This award is about much more than just me. This is a testament to my fellow physician partners at Arkansas Urology, as well as my patients for entrusting their health to me, enabling me to have three decades of urology practice in Little Rock,” Dr. Jones said. “They helped me to focus when dealing with the inevitable, although sometimes subtle, signs of gender bias.

“It’s been the honor of my lifetime to serve as a founding physician at Arkansas Urology,” Dr. Jones said. “I’m proud of the growth, impact and evolution our team has seen through the years as the state’s largest independently owned urology practice. It is such a privilege to receive the inaugural Independent Spirit Award from LUGPA, and I share this honor with our entire team.”

Arkansas Urology provides the latest innovations in medical technology and surgical techniques to patients through its Centers of Excellence in urological specialties. The physicians and professional staff comprise one of the most experienced and respected urological practices in the country. Arkansas Urology averages 130,000 appointments per year in Little Rock, North Little Rock, Benton, Bentonville, Conway, El Dorado, Fayetteville, Gravette, Jonesboro, Monticello, Pine Bluff, Russellville and Stuttgart. Arkansas Urology is made up of 19 physicians, more than 23 advanced practice providers, and more than 325 clinical and business staff employees.

LUGPA is the only nonprofit urology trade association in the U.S. Since its founding in 2008, LUGPA has earned national recognition in the pursuit of its mission to preserve and advance the independent practice of urology while demonstrating quality and value to patients, vendors, third-party payors, legislators and regulatory agencies. The robust resources LUGPA provides help member groups to meet the challenges of independent practice in today’s rapidly changing health care marketplace.